As some of you know I watched my 2 year old Nephew Brock this weekend, and what a weekend it was. When my sister -in-law asked me a week ago I didn't think that much of it and so I said yes. Wade was a little more hesitant but he went a long with it. They were going to AZ to help her cousin with her house so I was happy to help so they could go to AZ. Caitlyn and Brock play well together for the most part so I thought this will be fun. As I starting realizing everything that was going on for the weekend I knew it was going to take a little more energy then I had planned on but I just kept telling myself we would get through it.

So Friday came and I picked Brock up around noon. We got some lunch and came home. The kids played and I tried to get Elsa asleep but that didn't happen. I turned on a movie for quiet time and I thought the kids would fall asleep but they didn't. Around 4 they were running like crazy up stairs and slamming doors. I was feeding Elsa and getting her to sleep so I couldn't yell at them to stop. I went upstairs to lay Elsa down and she woke up (she had not napped all day) I told them to stop running thinking I could still get Elsa to sleep, I just had to lay her down and she didn't go to sleep. At this point I lost it. I told Caitlyn and Brock (in not the nicest tone) to get downstairs and sit on the couch. Of course they didn't go so I walked them downstairs and put them on the couch. Caitlyn ended up in her room because she got off the couch. Come to find out they had knocked my closet door off track and colored on my wall with orange crayon (I'm pretty sure that was Caitlyn and not Brock) By this time it is a little after 4, I have to make Mexican Rice for the ward emergency fair that starts at 6 and I haven't gotten to the birp cloths and hairbows for the baby shower I had on Saturday. Caitlyn continued to cry in her room, Brock fell asleep on the couch and Elsa just played on the floor. She is a great baby. At this point I think is when I called Wade and said that I was ready to call my parents to take Brock, I don't know about 2 more days of this. I didn't call them. I finally calmed down and got Caitlyn to calm down. She came and watched some TV. I was able to get the birp cloths down and get the rice started. (The timing of cooking the rice actually worked out perfectly. I wanted to start it earlier but with all the chaos it was started later. It was done right when I needed it to be. It was just a small reminder that God really is in charge and continues to bless me because things do work out how they need to.) So I got the kids loaded up and headed to the church where I met Wade. Of Course Caitlyn and Elsa fell asleep on the way there. At the activity I ended up in the nursery helping out and taking care of the kids. We went home and put the kids to bed. If course Caitlyn and Brock wanted to sleep by each other so we put them on our floor in sleeping bags. After Brock coming down a few times and Elsa being stubborn all three kids were asleep shortly after 10.

The kids were up around 7 and Elsa about 8. I had to finish the hairbows so I did that while the kids ate Breakfast. The morning was pretty calm they just played and watched TV. There was one point where the kids were upstairs by themselves for 10 minutes and in that time they had water on the floor and were washing Wade's night stand. After that I put a safety handle on our door. There is already one on Elsa's so Caitlyn can't go in there when she is sleeping. When Brock is over though they always climb in the crib. so every door was closed except the Bathroom and Caitlyn's room. Of course they went in the bathroom and rolled the toilet paper off of the roll. So I had to lock that door. Wade came home from Work and I was off the baby shower and Grocery store. When I came home I told Wade to take them to the park or something because I had to leave to a YW skit activity. When I called home to check on them Wade said he turned on a movie, blocked off the kitchen, closed all the doors and went up to our room for a break. When he came downstairs they were both asleep on the couch. Hallelujah!

When I came home they were still asleep and when they woke up we went to Home Depot and Grabbed some dinner. Now it was bath time. Things were pretty good but Brock was taking a cup and pouring water on the ledge of the tub so there was a ton of water on our bath floor. Two towels later it was cleaned up. Now it was bedtime. We laid the kids down. Brock got out of bed a couple of times. Here was one conversation

Brock: I don't want to

Wade: I don't care, it is bedtime

Wade: Yes, it is bedtime

Wade carried Brock up who was crying. I finally got Elsa to sleep and after Wade trying to get them to sleep I went and laid down with them. Oh yeah I changed 5 poopy diapers this day.

We wake up and go to church. Caitlyn is whiny because she is tired. Brock was good at church and Caitlyn continued to be whiney. They both went to nursery though so that was great. Wade took them home because I had to stay for a meeting. When I came home I was done. I had no patience left. Wade left and went home teaching so I turned on movie and they had quiet time. The didn't fall asleep during the movie but they did around 4:30. We woke them up about 5:30 to go to my parents who were going to keep them until Tyler and Sarah were home. Caitlyn was still whiney so she went right to bed when we got home.

I was so happy last night to be back to 2 kids. I am so grateful that I don't have twins. I don't think I could handle it. Overall, caitlyn and Brock weren't really bad they were just acting like 2 year olds. They would fuel each other and there just wasn't any down time. I love them but I don't think we will be having a play date anytime soon. Caitlyn was sad this morning to wake up and not have Brock here to play with. I am glad that I could help Tyler and Sarah out. And Yes, Wade and I are planing our weekend get away!

Here are some pictures from the weekend. There are some missing though, my breakdowns, I wasn't able to capture those on film. 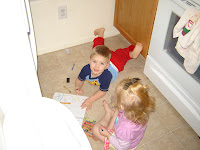 Here they are coloring and yes if you look close there is crayon on my floor but thanks to Mr Clean it is not there anymore. 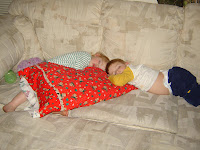 After hearing that I am exhausted...having two 2 year olds is alot of work. Hopefully you guys can get some rest now.

That's exhausting just to read about it! How about getting the kids together for the week now? Nathan and Caitlyn and Elsa and Rylee! hehe Good thing there will be two of us!!

Good job Alexis. That is alot of work. I'm going to have Morgan, Nathan and Rylee and I'm really nervous about that. I don't know if I could do 2 two year olds for 3 days.

You ARE a trooper AND a great SIL! I know I told you that I appreciated you guys keeping Brock, but after reading about the little details that I didn't miss, I REALLY owe you. Bring it on, I say, paybacks a you-know-what. Again, I only ask that it's before the baby comes or AFTER the six month old stage of #5. Love ya!

Hey Alexis, I found you blog from Sarah's so I thought I would say hello! Your girls are darling. I have some more dresses for you, so you'll have to stop by when your are in the area.

You are a brave woman!! I'm so glad you posted a comment on my blog, or I never would have found you! Your kids are adorable! 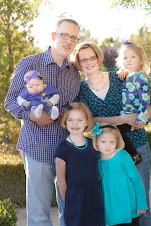 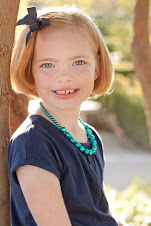 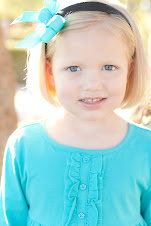 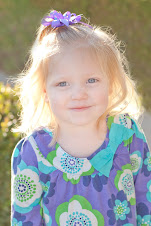 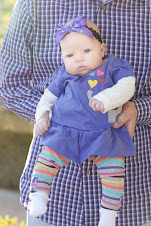